Coronavirus And Five Other Pandemics That Threatened World Population 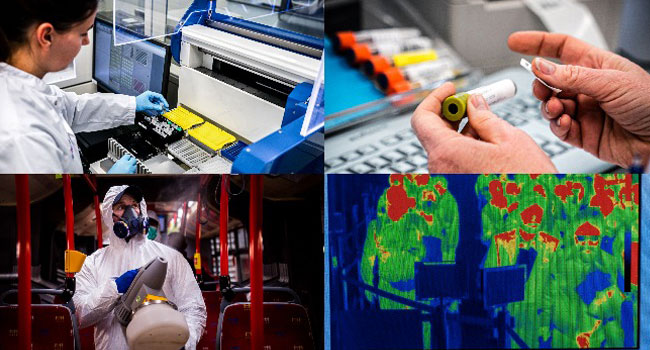 Wednesday, March 11, 2020, will be a date the world will not easily forget. Why? The World Health Organisation (WHO) officially declared the new coronavirus outbreak as a ‘pandemic’.

The novel COVID-19 disease which was first discovered in the central Chinese city of Wuhan has infected over 110,000 people and killed more than 4,000 globally.

But the COVID-19 is not the only devastating pandemic certified by WHO that has threatened the world population.

Here is a list of dangerously contagious diseases that have been tagged ‘pandemic’.

The SARS-like virus discovered in the central Chinese city of Wuhan was first confirmed on December 31, 2019.

Coronaviruses are a large family of pathogens ranging from the common cold to more serious illnesses like SARS and Middle East Respiratory Syndrome (MERS), which emerged in 2012 and also caused scores of deaths.

The declaration was only due to the fact that its outbreak worldwide sparked fears and according to the WHO chief Tedros Adhanom Ghebreyesus, “the spread and severity of the deadly new coronavirus, which has infected more than 110,000 people and killed more than 4,000, is “alarming”.

He predicted that the number of cases and deaths would grow in the coming days and weeks.

The case fatality rate is estimated at between one and five percent but varies significantly by age and other health conditions.

The infection is spread from one person to others through respiratory droplets produced from the airways, often during coughing.

There is no available vaccine yet.

Already, COVID-19 has been confirmed in all the continents of the world.

In 2005 alone, an estimated 2.8 million persons died from AIDS, 4.1 million were newly infected with HIV, and 38.6 million were living with HIV

The virus targets the immune system and weakens people’s defence systems against infections and some types of cancer.

The most advanced stage of HIV infection is Acquired Immunodeficiency Syndrome (AIDS), which can take from 2 to 15 years to develop if not treated.

HIV is transmitted through the exchange of a variety of body fluids from infected people, such as blood, breast milk, semen, and vaginal secretions.

According to the WHO, HIV continues to be a major global public health issue with increasing access to effective prevention, diagnosis, treatment, and care, but the infection has become a manageable chronic health condition, enabling people living with HIV to lead long and healthy lives.

Over two-thirds of all people living with HIV live in the WHO African Region (25.7 million).

In 2018, Sub-Saharan Africa, the region most affected, had an estimated 61 percent of new HIV infections.

There is no cure for HIV infection, but effective antiretroviral drugs (ARVs) can control the virus and help prevent onward transmission to other people.

Between 2000 and 2018, new HIV infections fell by 37 percent and HIV-related deaths fell by 45 percent, with 13.6 million lives saved due to antiretroviral therapy (ART).

Tuberculosis (TB) is a global disease, found in every country in the world, accounting for a total of 1.5 million deaths as of 2018.

It is caused by bacteria that most often affect the lungs, and is spread from person to person through the air when an infected person coughs, sneezes or spits.

People mostly adults in their most productive years, infected with the bacteria have a 5–15 percent lifetime risk of falling ill with TB.

According to facts by the WHO, TB is one of the top 10 causes of death and the leading cause of a single infectious agent (above HIV/AIDS).

In 2018, an estimated 10 million people fell ill with tuberculosis worldwide; 5.7 million men, 3.2 million women, and 1.1 million children, with cases recorded in all countries and age groups.

TB is curable and preventable, but globally, TB incidence is falling at about two percent per year.

Eight countries account for two-thirds of the total, with India leading the count, followed by, China, Indonesia, the Philippines, Pakistan, Nigeria, Bangladesh, and South Africa.

Part of the health targets of the Sustainable Development Goals is to end TB epidemic by 2030.

Also known as Great Bubonic Plague was regarded as one of the most devastating pandemics in human history, resulting in the deaths of an estimated 75 to 200 million people during the fourteenth century.

The plague is caused by the bacteria Yersinia pestis, a zoonotic bacterium usually found in small mammals and their fleas.

People infected with the plague often develop symptoms after an incubation period of one to seven days.

Details from the WHO said the Plague transmitted between animals and humans by the bite of infected fleas, direct contact with infected tissues, and inhalation of infected respiratory droplets. 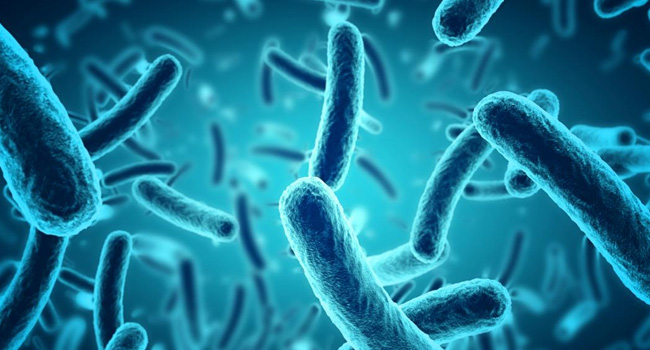 The Black Death was the first major European outbreak of the plague and the second plague pandemic.

Although, the origination of the plague is uncertain, there are believes that it emanated from Central or East Asia.

Records show that the Black Death killed an estimated 30 to 60 percent of Europe’s population, and may have reduced the world population which cost Europe almost 200 years to recover its population.

Currently, the three most endemic countries are the Democratic Republic of the Congo, Madagascar, and Peru.

The 1918 influenza was the most severe pandemic in recent history, caused by the H1N1 influenza virus.

According to the Centers for Disease Control and Prevention (CDC), there is no universal consensus regarding where the virus originated, but it spread worldwide from 1918-1919.

It infected 500 million, out of the 1.8 and 1.9 billion people around the world including people on isolated Pacific islands and in the Arctic.

The number of deaths was estimated to be at least 50 million worldwide with about 675,000 occurring in the United States, making it one of the deadliest epidemics in human history.

Mortality was high in people younger than five years old, 20-40 years old, and 65 years and older, and the properties that made it so devastating are not well understood.

With no vaccine to protect against influenza infection and no antibiotics to treat secondary bacterial infections, control efforts worldwide were limited isolation, quarantine, good personal hygiene, use of disinfectants, and limitations of public gatherings, which were applied unevenly.

The 2009 pandemic is similar to the Spanish flu involving H1N1 influenza virus which lasted from early 2009 to late 2010.

In 2010, WHO Director-General, Dr Margaret Chan announced that the H1N1 influenza virus has moved into the post-pandemic period. However, localized outbreaks of various magnitudes are likely to continue.

Linked with pigs, it is a respiratory influenza virus that commonly circulates in swine, and in April 2009, the virus appeared to be a new strain of H1N1 which resulted when the bird, swine and human flu viruses combined with a Eurasian pig flu virus, leading to the term “swine flu”.

The infection was first recognized in the state of Veracruz, Mexico, with evidence that the virus had been present for months before it was officially called an “epidemic”, and it continued to spread globally.

It is estimated that 700 million–1.4 billion people contracted the illness, with about 150,000–575,000 fatalities, recording a much lower case fatality rate.

In late April the World Health Organization (WHO) declared it’s first-ever “public health emergency of international concern,” and in June, the WHO and the U.S. CDC stopped counting cases and declared the outbreak a pandemic.

The H1N1 virus does not infect adults older than 60 years, an unusual and characteristic feature of the H1N1 pandemic.

It is typically contracted by a person to person transmission through respiratory droplets and symptoms usually last 4–6 days.