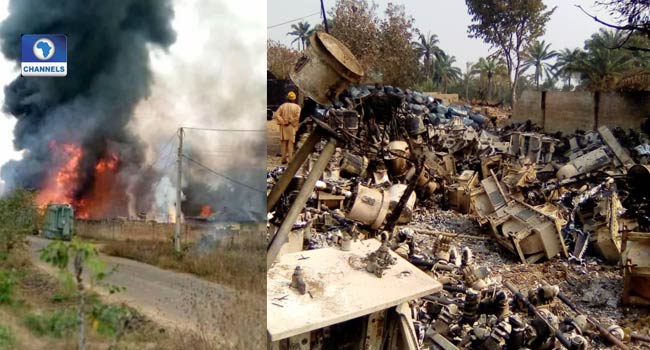 An abandoned power installation facility was on Monday night razed by fire in Okeagbe area of Ondo State.

Residents say the power plant valued at millions of naira was planned to serve parts of Ondo, Ekiti, up to Kogi State but has been abandoned for over five years.

They told Channels Television correspondent that all efforts to call the government’s attention to the abandoned project did not yield any positive result.

Meanwhile, the cause of the fire is still unknown.

A community leader from Okeagbe, the Asiwaju of Okeagbe, Owolabi Abanikanda in an interview with Channels Television lamented that it is sad that such a huge project, overnight, has turned into ruins.