Joining United Is Going To Be A Big Challenge For My Career, Says Ighalo

52
SHARES
129
VIEWS
Share on FacebookShare on TwitterShare on WhatsApp 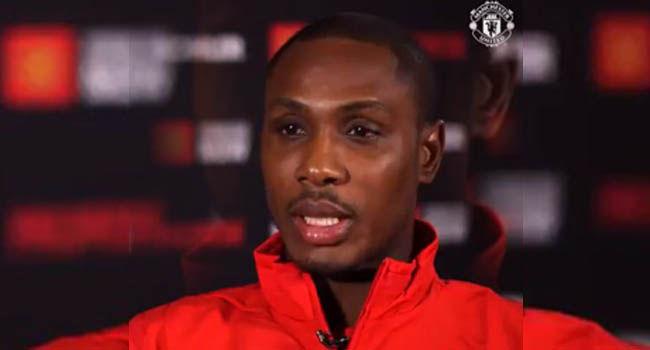 Manchester United’s surprise signing, Odion Ighalo has revealed that he never saw himself joining the prestigious club and he is ready for the challenge that comes with it.

He made this known in an interview which was posted via the Manchester United Twitter handle on Tuesday.

In the brief clip, Ighalo said he never thought the dream move was going to happen.

He has however said, he will live up to the billing.

The former Nigerian striker also talked about his love affair with his new club.

” When we were young back then in Nigeria we used to watch the Premier League on Tv and all that; when the likes of Andy Cole and Dwight York used to play, people used to support Man Utd.  I developed that love since all my siblings were Man Utd fans and watching the game back home,” Ighalo revealed.

” I am very happy to be here and it is going to be a big and good challenge during my career.”

Odion Ighalo’s signing comes after an injury blow to Marcus Rashford and the departure of Romelu Lukaku and Alexis Sanchez to Inter -Milan on permanent and loan deals respectively.

The necessity for additional firepower has been further emphasized by Manchester United’s three consecutive Premier League matches without a goal.

Below is the snippet of Odion Ighalo’s interview

“I never thought this move would happen but dreams do come true.” ♥️@IghaloJude‘s first #MUFC interview is a treat 👇

COVID-19: We Are All Vulnerable, NFF President Cautions