Some residents of Lagos State who are physically challenged have occupied a section of Mobolaji Johnson Avenue, Alausa in Ikeja, the state capital in protest.

The protesters who are majorly commercial tricycle riders are protesting over the restriction of motorcycles and tricycles in some local government areas and expressways in the state by the Lagos State government.

Carrying various placards, the protesters lamented that the restriction will force them to return to the street as beggars and destitute.

Some of them who spoke with Channels Television lamented that driving motorcycle and tricycle has been their source of livelihood since they abandoned begging.

See photos from the protest below… 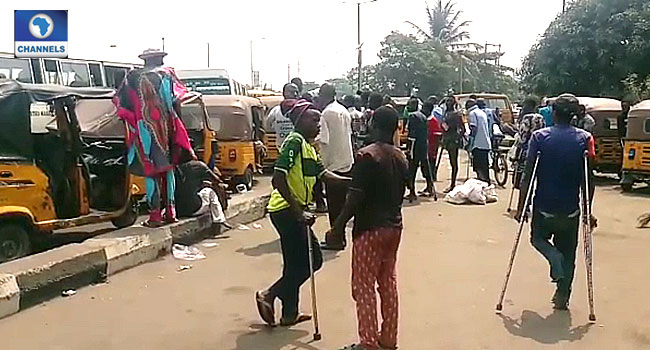 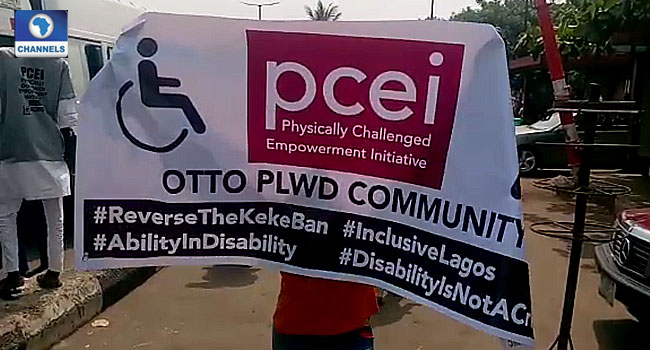 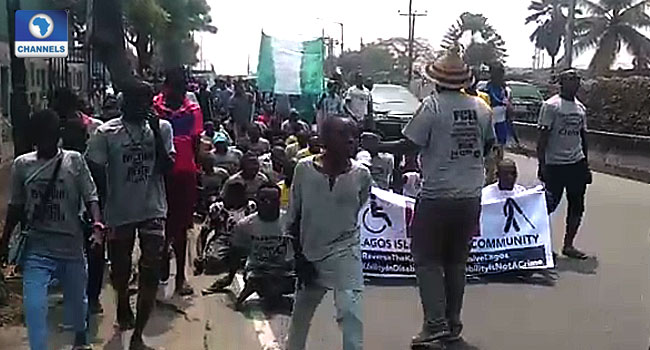