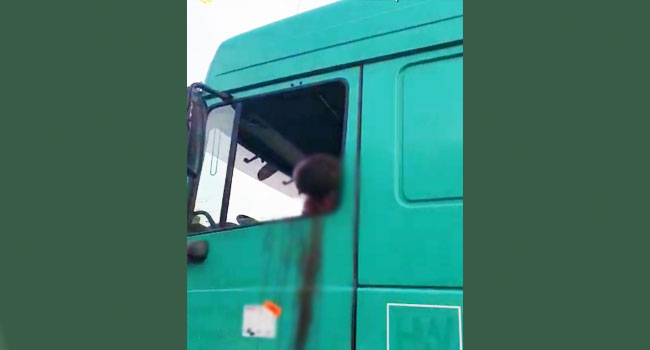 There was tension in Ondo State on Monday as one of the policemen attached to a security checkpoint in Uso, along Akure/Owo Federal Highway allegedly shot and killed a truck driver.

According to eyewitnesses, the incident occurred after the driver who was said to be travelling to Abuja was engaged in a heated argument with the policemen at the checkpoint.

This angered one of the policemen who then shot the driver on the head at close range after which he died on the spot.

Consequently, other tanker drivers, began to protest, causing gridlock on the highway.

It, however, took the intervention of a detachment of policemen from the command to quell the unrest.

He, however, noted that investigations into the incident have since commenced.