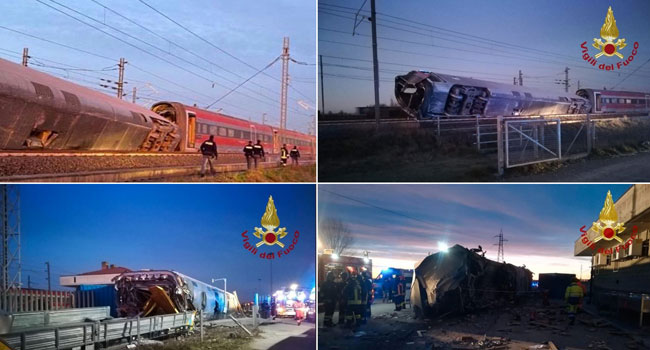 Two people were killed and about 30 injured on Thursday when a high-speed train derailed near Milan in northern Italy, Italian media said.

The accident occurred near the town of Lodi, about 50 kilometres (30 miles) south of Milan. The two people killed were rail workers on the train, the media said.