We Are In Danger, Buhari Should Resign – Secondus 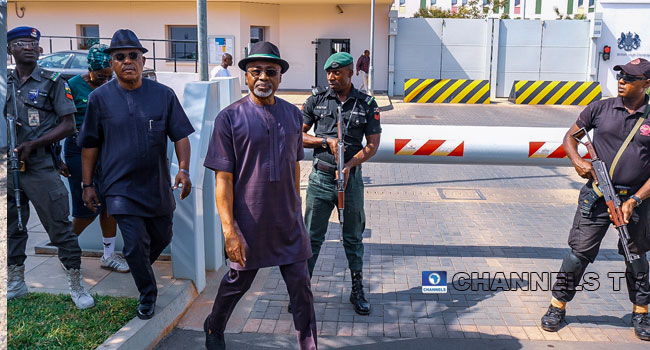 The main opposition Peoples Democratic Party (PDP) has asked President Muhammadu Buhari to resign for ‘failing to secure the nation’ and ‘putting her democracy under threat’.

Speaking after submitting protest letters to the embassies of the United Kingdom and the United States in Abuja, the PDP’s national chairman, Uche Secondus explained that there is an urgent need to seek international intervention to help improve security and the country’s judicial system.

He said the party is in full support of its Senate minority leader, Senator Eyinnaya Abaribe who asked President Buhari to resign his office for “failing to solve the security challenges in the country”, years after Nigerians voted the APC.

In line with Senator Abaribe’s thought, the PDP Chairman told newsmen on Friday that at the moment, “Mr President has lost control of security” adding that the nation is “in danger and we are in trouble”.

“Today we back our minority leader asking that Mr President should resign because he has lost control,” Secondus told newsmen in Abuja.