Why State Governments Are Not Self-Sufficient – Osinbajo 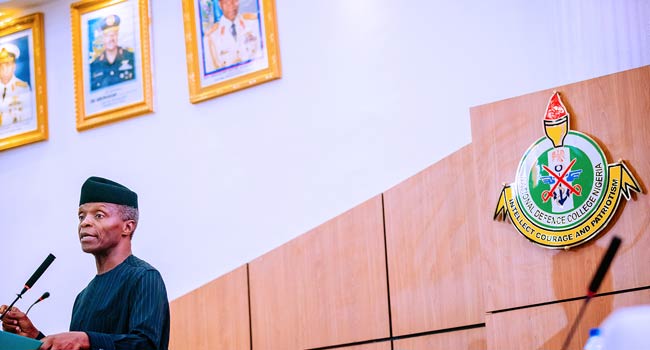 Vice President, Yemi Osinbajo has explained the reason why some state governments have remained dependent and not self-sufficient.

According to him, this is because they greatly depend on federal allocation and if this is stopped, the states would be able to pull their weight.

Osinbajo disclosed this during a lecture at the National Defence College Course 28 in Abuja.

“The reason why state governments are not generating as much as they should is because there is something coming from the Federal government every month.

“If there was nothing coming from the Federal Government, states could put their weight. If the Federal government itself does not generate oil revenues, we will pull our weight.

“This is why there is a need to ensure that we hold ourselves to account for revenue generation. A country of this size, certain, can do far more than we are generating at the moment,” he said. 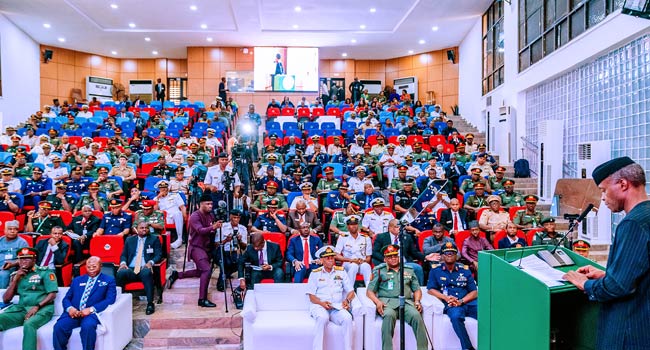 Osinbajo also explained that there is a fundamental link between national security and economic security and that it is the responsibility of the government to create social and economic opportunities and an enabling environment for citizens to thrive.

He also agreed that there is a need to overhaul the national youth service scheme to better serve the nation’s needs.

VIDEO: ‘You Don’t Sack People Like That,’ SGF Reacts To Calls For Service Chiefs’ Removal

Man narrates how sister was allegedly murdered in Lagos hotel